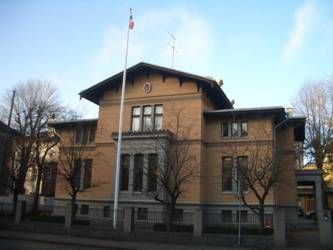 The Royal Thai Embassy’s Chancery is located at Floragatan 3, Stockholm. It is situated in the area called ‘Villastaden’, north of Humlegården in Östermalm, a central district of Stockholm. This Greco-Roman style townhouse is previously known as ‘The Curman Villa’ after the former owner’s name, Professor Carl Curman (1833 – 1913) 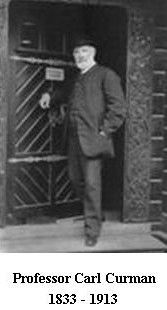 Professor Carl Curman (1) (1833 – 1913) commissioned architect Fritz Herman Vilhelm Eckert to design the house based on his drawings of a Pompeian-style villa. The villa was constructed in the form of an equilateral cross. The villa was completed in 1880. In the Villa, a lively cultural life took place during the 1880’ and 90’s. Amongst the guests at the Curman receptions, which were held a few times each autumn and winter, were well-known names in science, art, literature, and business who gathered to make it one of the social life centers in Stockholm. The Villa was modernized in the 1920’s but it is still the finest preserved example of the fondness the wealthy Europeans had for Renaissance architecture during the 1800’s. The Villa is also a listed building due to its architectural value. 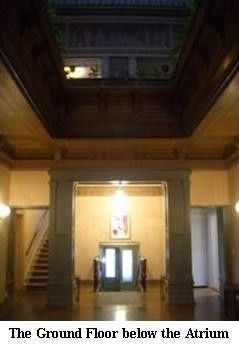 The Embassy has three floors with rooms symmetrically grouped around an atrium which is lit from the skylight roof. While its original characters being well preserved, many interior furnishings are Thai. The rooms in the villa were adapted to function as the government office. The basement is now used as the consular section of the Embassy where the public come to obtain the consular services. 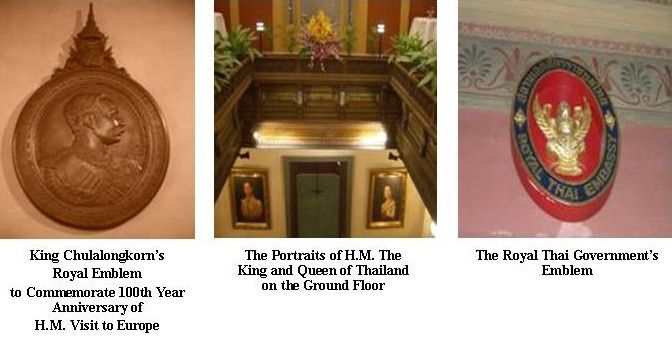 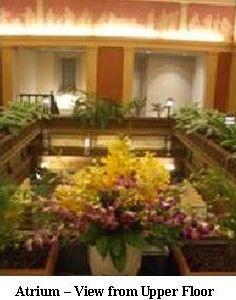 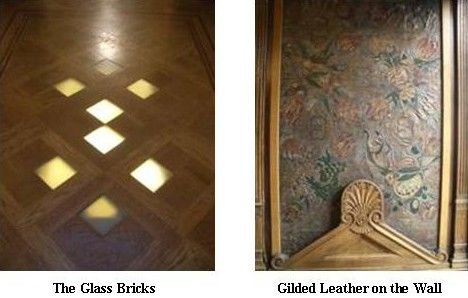 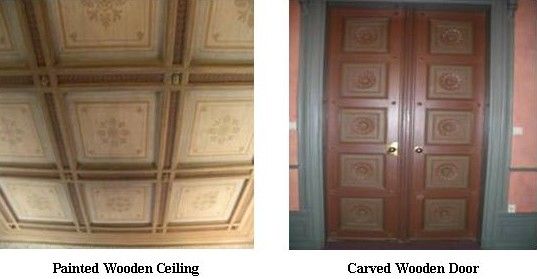 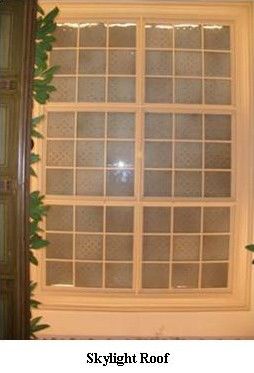 On the Upper floor, the upper gallery surrounded the central atrium runs an elaborate Grecian frieze depicting ‘A Day in Hellas’ painted by the artist Carl Gustav Wetterstrand. 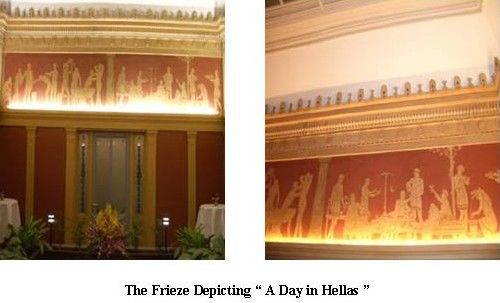 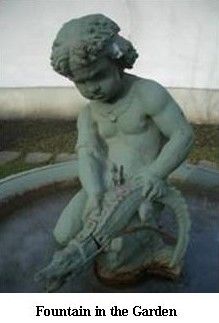